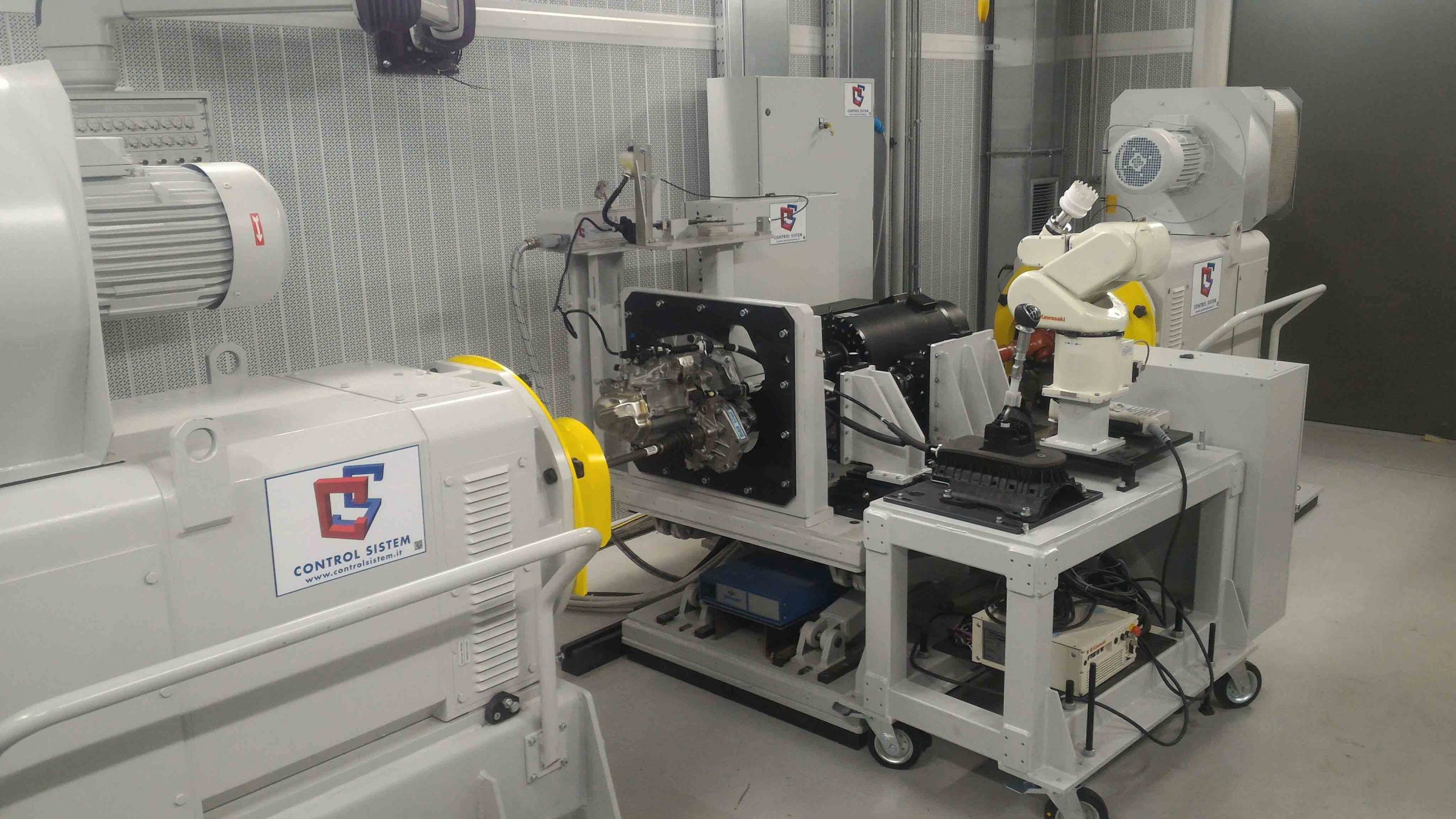 The Transmission Test Cell is an example of high-tech design. The solutions adopted in this system are highly innovative and define a clear-cut divide between the old approach to transmission tests and the modern era of driveline testing.
The Transmissions Test Cells realized by Control Sistem can handle transmission units made for vehicles which use a classical engine (endothermic), full electric or hybrid. The tested transmission unit can be both transversal and longitudinal (gearbox + differential) or a bridge type (only differential). In addition, the bench is able to manage both manual and automatic transmissions.
According to the cases, the bench is therefore composed of two or three electric motors, two of which are in charge of the vehicular inertia simulation, while the possible third one deals with the vehicle's thermal engine simulation. 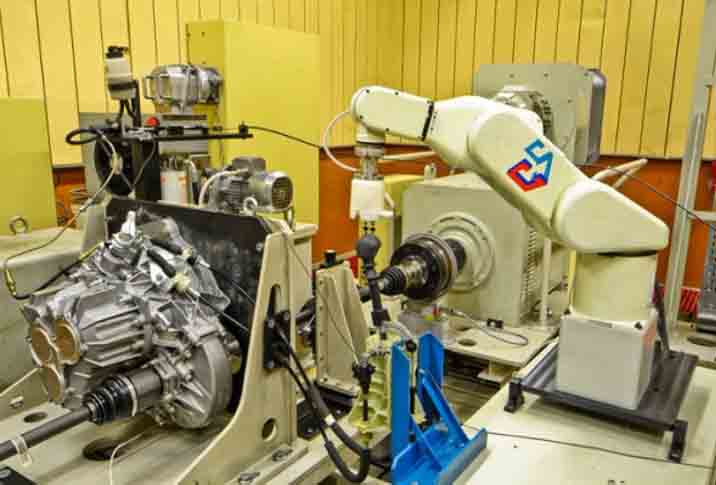 Thanks to the high reactivity of the electric motors, main components of the test bench, it is possible to perform dynamic tests (reproduction of real dynamic stresses on the gearbox). If the bench is designed to test classic tractions, the primary electric motor has the purpose of simulating the power normally generated by the internal combustion engine, while, in any case, the other two take care of absorbing the residual power at the two outputs differential, effectively simulating the vehicle dynamics. This effect is obtained through a simulation of vehicle inertia which eliminates the need for bulky flywheels on the secondary.

Using a Transmission Test Bench, it is possible to test both automotive-type gearboxes and bridges. In this second case, the torque regulator engine must be positioned differently from the usual configuration for gearbox tests. This repositioning takes place in an extremely simple way: air cushions are installed under the support mechanism. If necessary, it is therefore possible to levitate the group of interest on a thin layer of air: in this way, handling is made easy and fast.

The Transmission Test Bench can also work with Transmissions made for hybrid or purely electric vehicle’s engines, by coupling with them with battery simulation systems, climatic conditioning of the power circuit, etc.

The automation and control software runs in the INT9000 environment developed by Control Sistem. It supervises and controls both the standard peripherals connected (DREAMS and DBStr) and the micro PLCs that manage all the auxiliary circuits of the testing room. The system’s automation can also communicate via CAN protocol (or digital technological protocols) with the gearbox control unit by performing actions suitable for both gear shifting and operating mode (drive, neutral, retro, tip-up, tip-down, ...).